Why Take This Course?

Challenge what you believe is possible.

Here at Airos, we believe a basic understanding of Java programming and technology concepts is essential for anyone who is or who wants to work in the financial industry or any big corporate business.

By focusing on international Oracle standards and practical Java development skills we are able to offer an online course that provides the perfect entry to the Java software development world in any industry.

Progress at your own pace with our Flexible package or follow our Structured Java journey with the guidance of an Airos software consultant.

Do you want to read the syllabus before you enroll?

Choose the best solution for your needs.

Is Java Fundamentals right for me?

These are some of the questions asked by our students, which may help you decide 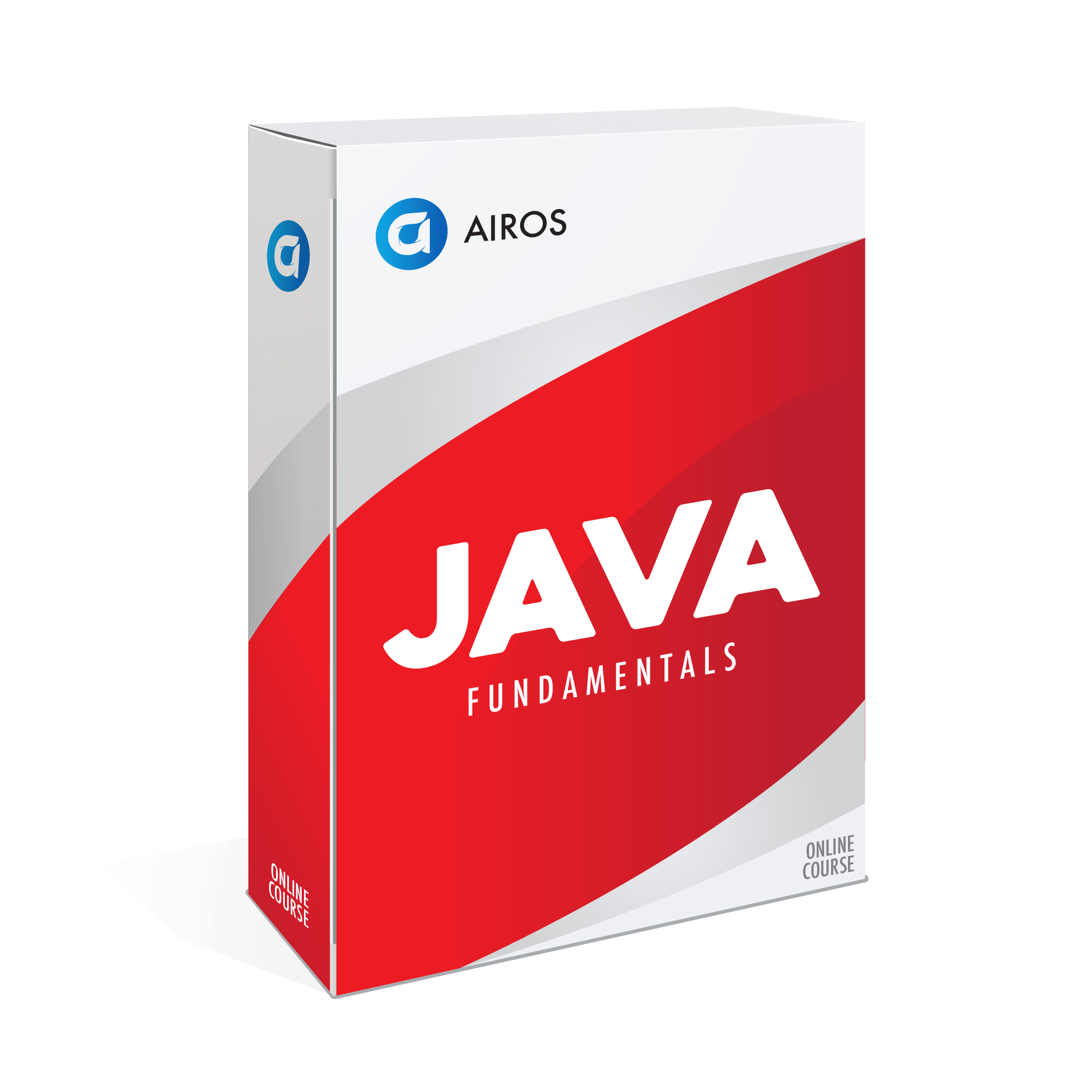 Who is this course for?

If you are looking for a career change or you are interested in learning practical Java skills this course perfect for you.

What will I learn?

You will learn all Java foundational concepts, from understanding what programming is in general to developing functional Java programs.

What will I achieve?

As you progress in the course you will learn how to develop your very own Java desktop application and upon completion, you will receive the Airos Java Programming Fundamentals Certificate. Lastly, we encourage you to take on the international Oracle exam and go on to earn the Oracle SE 8.I Certification.

How to get started

Select your course and enroll

Choose your course from the course listing above, select it, and then click the enroll button. Complete the enrolment form, and you will receive an email confirming your email and registration

Chat to your tutor

If you would like to chat to your tutor before you proceed with payment, the link to book a call will be in your registration confirmation email. You may chat to learn how the course works.

Paying for your course

Once you've enrolled for a course with the website, you're presented with payment options. You can pay via Payfast with your credit or cheque card, instant EFT or Bitcoin.

Setting up your computer

Once payment has been received, you will receive everything you need to get started with your course i.e. lesson documents, software installations, and instructions for submitting your work

Have a question not answered here? Please contact us for more information

Java is one of the most popular programming languages in the world, mainly because of its versatility and compatibility. Amazon, Netflix, and eBay are some of the software that have employed the use of Java.

Java has been a powerhouse for so long and for good reason. Its raw power and the versatility to run on almost any electrical appliance is a recipe for success. With so many large companies using Java, it is easy to see why learning Java opens a multitude of doors for you as a developer.

What jobs will it prepare me for?

Java can be used to code a number of different software. Hence, it is used in areas such as software development, mobile applications, and large systems development. More specifically, Java is used for big data tools like Spark, mobile phone operating systems such as Android, and embedded systems like ATMs, from game consoles to supercomputers.

Java being the most popular programming language in the world means that you can go anywhere in the world and most likely find an opening for Java related positions such as Java developer, Software Developer, Back-End Developer, Big Data Developer or even as an Embedded Devices Developer

What topics are covered in this course?

The purpose of this course is to teach you the significance of object-oriented programming and provide you with a platform upon which you can base your continued work and training in the Java programming language. The course includes, but is not limited to:

► The keywords & constructs of the Java programming language

► The use of decision & looping constructs & methods to dictate program flow

► The Implementation of object-oriented (OO) concepts in Java technology programs

So many of today’s success stories come from "billion dollar” mobile applications such as Uber, Snapchat and Instagram and once you have finished this course, you will have the opportunity to do the same through our Developing Android Applications course to be released later this year.

Enroll now to secure your place on the course